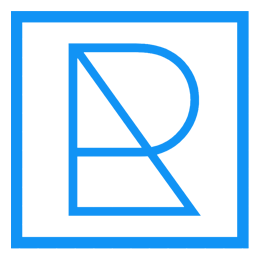 In a cavernous room deep underground that served as an altar and place of worship for the Great Old One known as Cthulhu, the location was quiet and still. Busts and statues of Cthulhu were present and in the center of the room was a pool of fetid water. This place was part of an annex region of R'lyeh, the city that served as the home of Cthulhu and his Star Spawn, and was often used to lure in unsuspecting people to serve as cultists and minions for the Great Old One. Of course, there were also occasionally willing servants to the whims of Cthulhu.

A golden portal opened in the middle of the cavern and a black robed figure stepped out. This was the Alchemist, a magic user from another universe who had allied himself with this version of Cthulhu and his Star Spawn. As the Alchemist exited the rift and it closed behind him, he looked around in confusion that the place was seemingly deserted. Suddenly, the lighting in the room flickered for a brief second before coming back on, showing that the room was now filled to the brim with green robed cultists. The Alchemist rolled his eyes at the display before getting on one knee and bowing.

"My master, I have returned with good news."

"You had better, Alchemist." The Star Spawn known as the Voice of Cthulhu spoke through all the cultists in unison, creating a chilling echo throughout the room. "Our master is getting impatient."

"I have convinced the Overlord to build the Quantum Tunnel needed for our task." The Alchemist explained, recalling just how difficult it had been to get the Overlord and his Council to sign off on the device's creation. It hadn't helped that agents from the United Extradimensional Worlds had sabotaged previous attempts to cross universes and attempt to take the Alchemist himself into custody. Still, he had at long last convinced the Overlord to try. "Once it is completed, you will have an army, and the means to move between universes at will."

"A good start." The Cultists rumbled in unison. "With an army at our command, the Overlord will fall, and we can begin fully awakening our lord." Seeing an opportunity, the Alchemist spoke up once more.

"Perhaps I can get started on the latter process sooner if I had access to the Necronomicon-" Suddenly, an ornate black and green knife was being held to the Alchemist's throat, as two green robed cultists were suddenly right in front of him. He recognized their faces as the ones he had seen converted when he first arrived in R'lyeh.

"Remember your place, Alchemist." The two cultists, Rhys and Dalton, visibly spoke along with the rest of the gathering. "You are useful to us as you are, but do not think that you are irreplaceable."

"Are you really so certain?" Despite the danger of antagonizing the Star Spawn, the Alchemist refused to simply back down. "If you kill me, how long will you have to wait for another to match my offer? I will keep my end of the bargain, but you need me just as much as I need you." After a brief moment of silence, Rhys pulled his knife back and the two brothers stepped away from the sorcerer.

"Wisdom and intelligence." The Star Spawn's voice had a touch of approval amongst the hundreds speaking in unison. "I knew there was a reason you were chosen. In time, you will have an even larger role to play."

"I live to serve." The Alchemist bowed his head in submission to the Voice of Cthulhu.

"Then go, Alchemist." The cultists still spoke as one. "Bring us an army, and wake our master."

With those words, the Alchemist simply stood up and turned around. His hands took on a golden glow as he drew a circle in mid-air, creating a golden portal in front of him. Without another word, he walked right through the magically created rift, which promptly closed behind him. The cavernous room he left behind became far more eldritch and alien as a green and black tentacle emerged from the pool of water in the center.